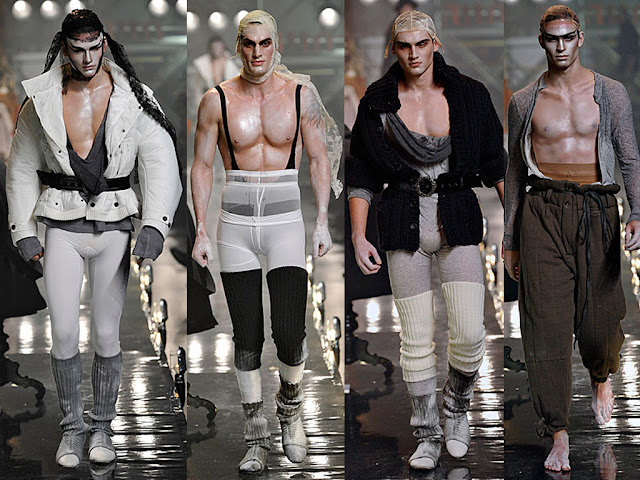 My favorite of the menswear shows so far, Galliano, for his Autumn/Winter collection, jumped on the ballet bandwagon of late and churned out a theatrical collection much more akin to the elaborate costumes of an 18th century masterpiece of the stage–ballet or opera–with a sort of theatrical narrative of the vagabond acting as undercurrent. 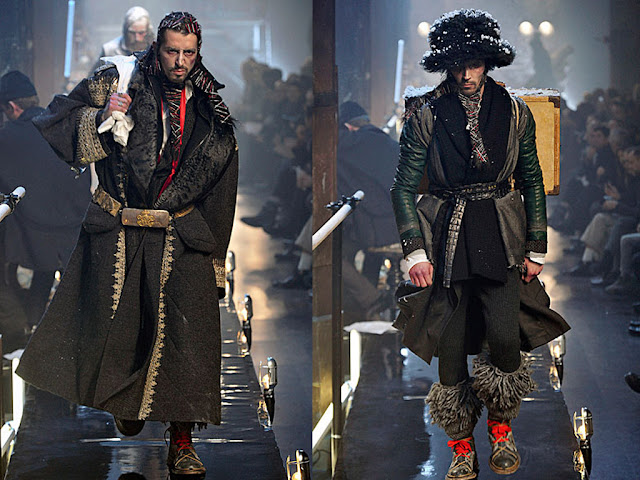 Tim Blanks for Style.com helps those of us covering in absentia with the tangible details gleaned from the press release:  "John Galliano ambitiously settled on primus ballerinus Rudolf Nureyev, a figure who effortlessly bridged both extremes. Rudie was a Tartar and a tart, which makes him perfect fodder for Galliano’s own taste for the grandly barbaric and the lushly homoerotic. And this time, the ever-changing drama of Mother Russia provided the backdrop. So the show opened with a harried horde of Russian emigrés in great big coats, tufty shearling, and military jackets (more tips of the cap to flavors of the moment). Then Nureyev defected to the West and started wearing tightly tailored pantsuits and caps as a curious analogue of Judy Garland (in Galliano’s eyes at least), all the while working himself into a lather at the barre. That gave Galliano the opportunity to parade sweat-soaked workout wear on Simon Nessman, though the model was surely grateful to be wrapped in a chunky puffa…" 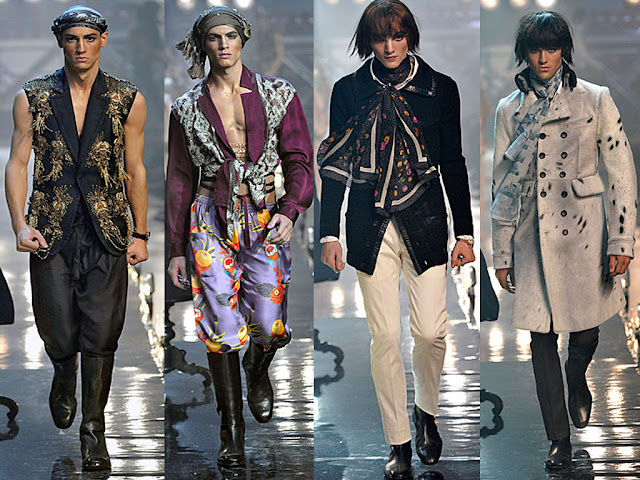 The richness of theatrical Ballet Russes reference lay in the extraordinary detail: metallic turbans, twisted and tucked, powdered faces and socks, intricate embroidery and hand beaded accents…the drama of it all lay not just in the staging, but in the clothes themselves. Hardly wearable for the average guy, this collection is primed to be at the top of every fashion editor’s list for upcoming editorials. No one tells such interesting stories as Mr. Galliano. 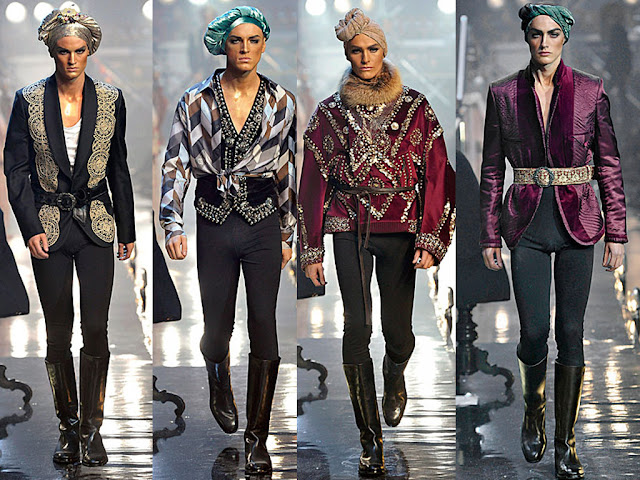 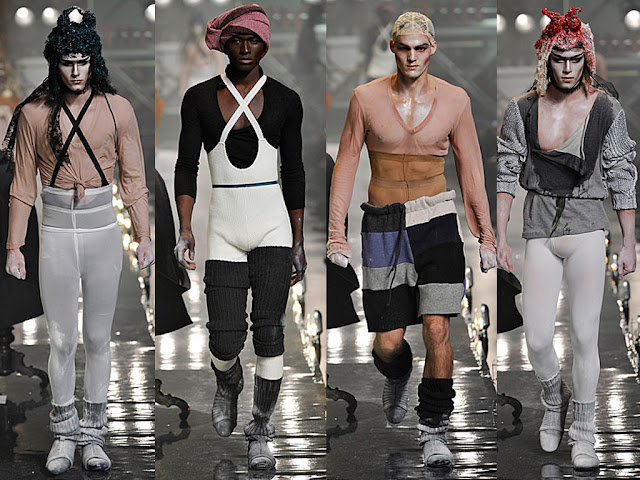 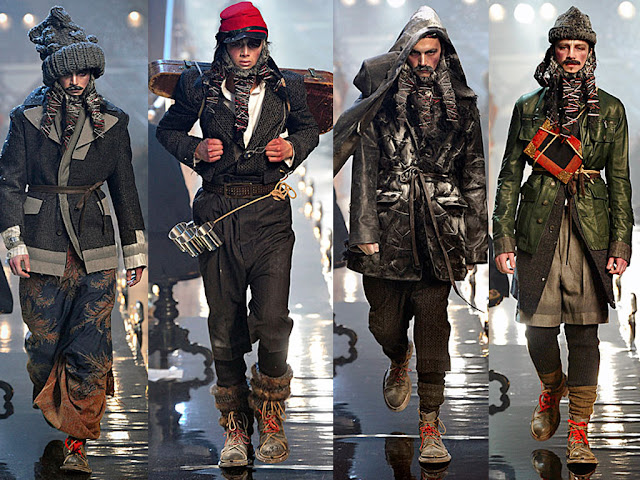 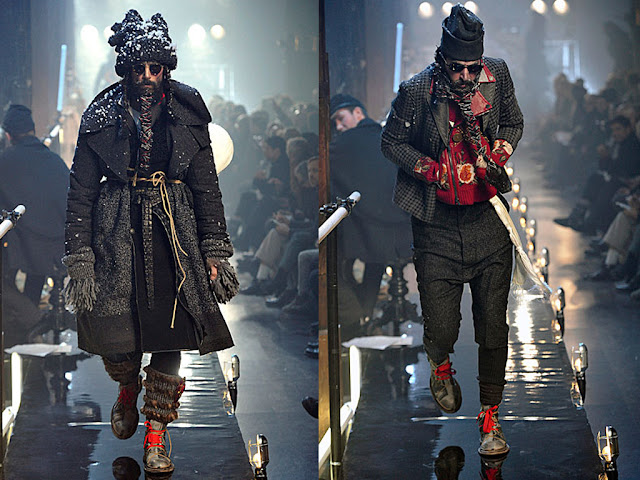 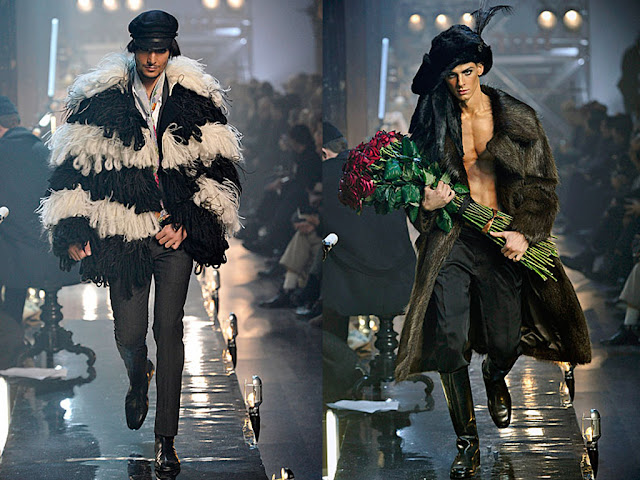